Google Stadia will launch in November, in 14 different territories including the US, UK and Canada, with at least 31 games from 21 different publishers, for an initial “Founder’s Edition” price of $130 for a hardware starter kit with three months of premium service, and $10 a month afterwards. There’s a separate free tier coming in 2020.

The pack, available to pre-order now, will come with a Chromecast Ultra puck, limited-edition Night Blue controller, “first dibs” on a Stadia username, and two three-month Stadia Pro subscriptions — one for you and a friend. Stadia Pro will otherwise cost $9.99 per month and grants you access to Google’s library at up to 4K resolution and 60 frames per second, with HDR and 5.1 surround sound. 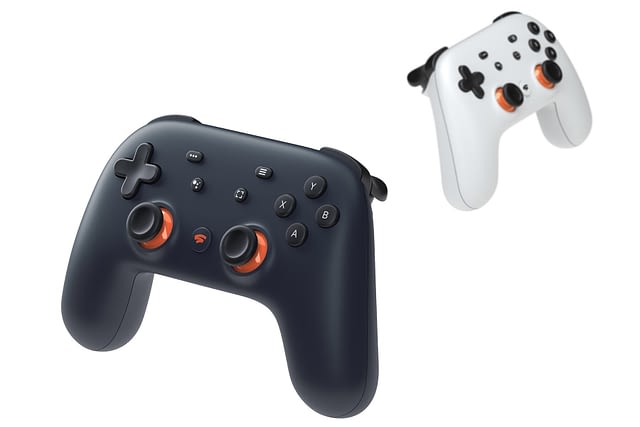 Destiny 2 will come with the base game, all previous add-ons, the new Shadowkeep expansion and the annual pass. And, just as Kotaku reported yesterday, it will be possible to transfer your Guardian from a PC, Xbox One, or PlayStation 4 copy. All of these games will be joined by yet-to-be-announced software from Capcom, EA and Rockstar. An active Stadia Pro subscription will also give you “exclusive discounts on games for purchase,” Google explained, similar to PS Plus and Xbox Live Gold.

Google will offer a Stadia Base service next year that lets you buy and keep individual games. These purchases will be capped at 1080p resolution and 60 frames per second with stereo sound, however. Still, it could be a decent option if you already pay for a bunch of game-related subscriptions PS Plus, Xbox Game Pass, EA Access and the like and are unsure about going all-in on Stadia Pro.

Stadia will be available in the following countries at launch: US, Canada, UK, Ireland, France, Germany, Italy, Spain, Netherlands, Belgium, Denmark, Sweden, Norway, and Finland. You’ll be able to play through the aforementioned Chromecast Ultra, a regular Chrome browser on any computer, or a Pixel 3/3a smartphone. Google says the platform will be expanded “to other phones over time” and, presumably, other hardware.

MySpace the once-dominant social media platform that was largely subsumed by Facebook may have lost a decade’s worth of music uploaded by users, the company says. MySpace started in 2003 and quickly gained traction as a platform for uploading and sharing music, particularly for new bands trying to find an audience. The fact that it […]

Microsoft has expanded the reach of its Chromium-based Edge browser to one of its most important audiences: namely, people who have to use older versions of Windows. Microsoft has released Canary channel preview builds of Edge for Windows 7, Windows 8 and Windows 8.1 users. They’re rough around the edges like most pre-release software. The […]

Huawei delays the launch of its foldable phone until September

Huawei said its foldable phone Mate X will launch in September, slightly later than it was reportedly set to, as it does extra tests following the debacle Samsung went through with its rival device. The Mate X was unveiled in February but has yet to go on sale. Huawei had initially targeted a mid-2019 launch […]