Canon is planning to launch an Indiegogo campaign for what it is calling the “ultimate go-anywhere camera.” Dubbed the Canon IVY REC, the shooter looks more like a USB flash drive with a built-in carabiner than a traditional camera.

The Ivy Rec has a 13-megapixel 1/3-inch CMOS sensor that can record 1080p / 60 fps video, and it’s waterproof up to 30 minutes for depths of up to three feet. It’s got Bluetooth connectivity and will offer live preview on your phone via the CanonMini Cam app, we’re told. With no pricing information yet, it’s hard to say if it’ll be worth the buy or who it’s really for. 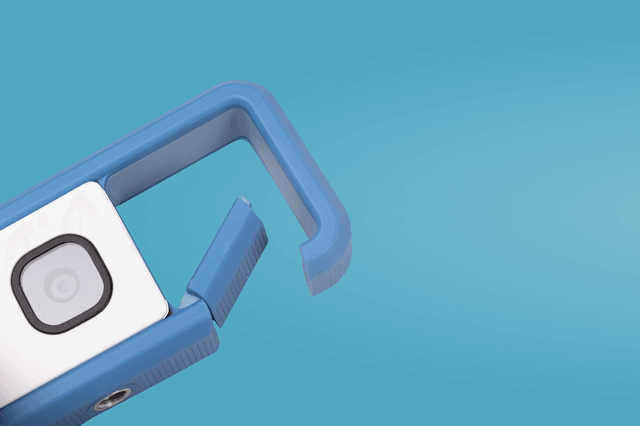 Canon isn’t the first to conceive a clippable camera. Google came up with a similar idea last year with Google Clip, a $249 smart camera that aims to help users stay in the moment by capturing photos and videos on their behalf. The camera captured some headlines when it first launched but has seemingly faded into the background since then although it is still available for purchase in the Google Store.

Hulu’s Watch Party feature is now available to all subscribers

Hulu is celebrating the holiday season with a party – a Watch Party, now available to all subscribers, including those with Hulu with Limited Commercials or Hulu (No Ads) plans. With Watch Party, Hulu subscribers can create parties of up to 8 viewers to watch thousands of shows and movies together this holiday season. “With […]

Huawei has removed its lock screen ad, but you need to delete it from your phone

Huawei has removed the lock screen ad wallpapers from its servers which we reported yesterday, which means it shouldn’t be pushed out to any more handsets, but you’ll need to manually remove it from your phone if you received the ad. The firm hasn’t provided a reason as to why the ad appeared on handsets, […]

Fitbit, which makes fitness-tracking wearables, will be shifting supply chain resources to make emergency ventilators, Fitbit CEO James Park said to CNBC. The ventilators will be used to help treat COVID-19 patients and could help bolster the national supply of the medical devices, which have been in need during the pandemic. “There was a lot […]