The Apple Arcade service is an all-you-can-play offering of more than 70 new games that is available starting today for $5 a month, with a one-month free trial. It runs on iPhones and iPads now and will soon also work on iMacs and other devices including Apple TV.

Because of the way the games are being offered, there’s no need for the developers to include any of the aggravations typical of modern gaming. There are no timers designed to stop you from playing the game you’re enjoying unless you pay extra. There are no ads. There are no energy meters, and no microtransactions.

The average quality of game here is high. Many of these games are from top developers, whose lack of recent output is explained by the surprise appearance of their games here. There’s a story-based game about fixing gadgets from the makers of Monument Valley, a game about cars and roads from the brilliant makers of the railway game Mini Metro, and a terrific underwater riff on Metroid from Capcom.

There are fun new word games, exciting sidescrollers, and challenging strategy games. There are original and exclusive games and multi-platform entries like Mutazione, Sayonara Wild Hearts and Overland. There’s a new Frogger, a new Sonic Racing, and a new Chu Chu Rocket. And there’s a game about being a Sasquatch who steals camper’s lunches. 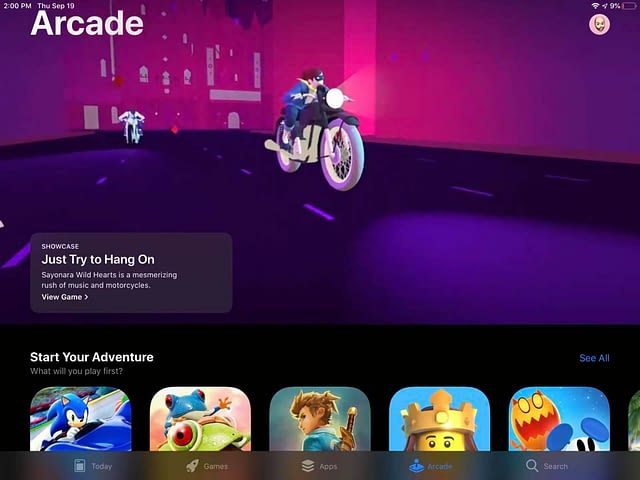 An early warning that Apple’s already restrictive approach to allowing games with politically-charged subject matter on the App Store will be at play here in a service where they have even more say-so in what is being offered. After all, Arcade is hand-curated and funded by Apple.

Apple Arcade nevertheless seems like a good thing at the moment. Its subscription model presents an opportunity for developers to give people who play on their phones and tablets more games that are great and fun and not compromised by gameplay that nickel-and-dimes the player.

The service is a no-brainer for anyone with a good enough device to at least test it for its free trial month. It does, we found, apply some not so subtle pressure to upgrade to newer devices or ones with more storage. After all, there are just so many games to download and play.

Microsoft has announced the Project xCloud preview is now also available for iOS devices. Previously, the preview was only available for Android. Project xCloud remains in preview for now, with plenty of beta-testing needed before it fully launches. If you have signed up to be a tester, you will have access to a library of […]

Google’s game streaming platform Stadia is finally here. I’ve had a chance to play around with the Founder’s Edition. It has the Stadia controller, a Chromecast Ultra, and a charger with a USB cable you can also use to plug into your PC or laptop for playing inside of a Chrome browser. Most of my […]

Electronic Artsas edged closer to buying Codemasters after shareholders of the latter approved the takeover. Out of 76 shareholders, 63 approved EA’s $1.2 billion bid. Competition regulators in Germany and Austria have rubber stamped the acquisition and a court hearing will take place on February 16th. Barring any problems, EA should close the deal by […]