Microsoft released its new Windows Terminal command line app last year, and Microsoft has been steadily improving it in Windows 10 ever since. The software maker is now preparing a new update due next week that will introduce retro-style CRT effects. If you’re old enough to be a fan of CRT monitors then this one is for you. A new experimental feature will be enabled that includes the classic scan lines that you might have seen before the world switched to flat monitors and LCD technology.

If your computing days happen to predate the advent of LCD and LED monitor technology, then that dithered blue and those horizontal scan lines will immediately be recognizable to you. The old school effect is even replete with the PxPlus IBM VGA8 font set. 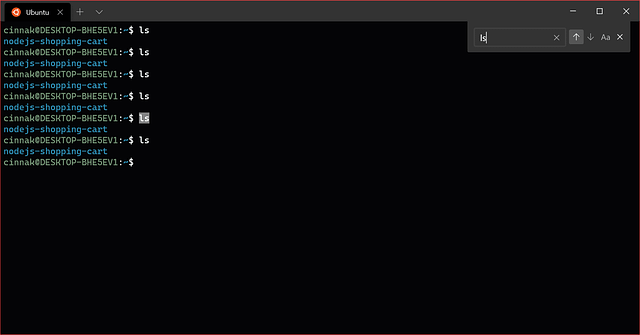 Microsoft is also adding more practical features to Windows Terminal. Those include the ability to search through terminal tabs, as well as adding tab resizing. Then there’s enhanced panes and custom key bindings, in addition to custom default settings.

The current build with these features is limited to Microsoft employees, but the release of Windows Terminal version 0.8 is due January 14.

Instagram’s TikTok competitor is coming to the US next month

Instagram confirmed it’s preparing to soon launch its TikTok competitor, known as Reels, in the U.S. The company expects to bring the new video feature which is designed specifically for short-form, creative content to its platform in early August, according to a spokesperson. The U.S. launch comes shortly after Reels’ arrival in India this month, […]

Rogers Communications has started rolling out the 5G network in some Canadian cities, becoming the country’s first cellphone provider to offer the super-fast telecom services. Canada’s first live 5G network in the downtown cores of Montreal, Ottawa, Toronto and Vancouver. You’ll unsurprisingly have to pick up one of Samsung’s Galaxy S20 phones and subscribe to […]

Twitter says that it’s bringing the program back after Apple unveiled Project Catalyst for macOS 10.15 Catalina. It explained why it decided to drop the app last year. Twitter made the announcement during Apple’s WWDC conference last week, saying that the app would launch with Catalina this fall, and that this new version will have […]