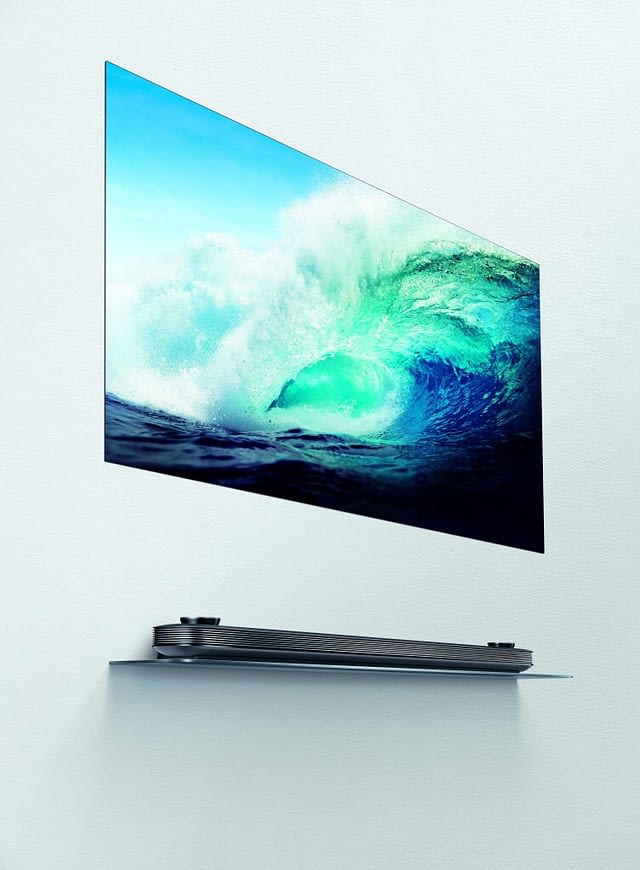 Welcome to the world of OLED TV. More manufacturers than ever are betting on OLED technology is seeing wider implementation and improvement all the time, even becoming the display of choice for the iPhone XS and iPhone XS Max. But what is OLED, and why should you care? Standing for ‘Organic Light Emitting Diode’, the OLED acronym describes a type of panel that TVs use – like LED-LCD, plasma or CRT. It’s different from the other types of panels that have come before it, but the overarching idea is exactly the same: OLED panels help bring images and video to life in front of your eyes.

Difference between OLED TV and LCD/LED?

Everything. They might sound alike, but the processes are completely different.

OLED stands for Organic Light-Emitting Diode, with “organic” referring to the carbon film that sits inside the panel before the glass screen. OLED panels emit their own light when an electric current is passed through, whereas cells in a LCD display require an external light source, like a giant backlight, for brightness.

This backlight is what separated LCD screens from their LED variants. A traditional LCD screen has a backlight (called a cold-cathode fluorescent light, or CCFL) which is uniform across the entire back of the screen.

This means that whether the image is black or white, it is being lit by exactly the same brightness across the panel. This reduces what we call “hotspots,” or areas of super bright light, because the actual light source illuminating them is uniform.

This all started a few years back when engineers at companies like Samsung and Sony introduced an array of LEDs as a backlight, which meant that if a certain part of the screen was black then those LEDs behind that portion could be turned off to make it appear blacker.

This is what separates OLEDs from LCD/LED displays. In an OLED TV display, the pixels themselves are the things producing the light, and so when they need to be black they are able to turn off completely, rather than relying on a backlight to turn off on their behalf.

What are the advantages of OLED TV?

The result is remarkably dark blacks in an image, and when you combine this with the brightness of the whites an OLED panel is able to produce you’re left with a fantastically vibrant image.

Pretty much the most consistent producers of OLED televisions on the planet, like to use the term “infinite contrast” to describe how the self-lighting pixels switch off completely when reproducing black giving it an “absolute” black color instead of a “relative” black that only describes how dark one pixel can get compared to the brightest pixel on the screen.

This means OLED TVs have deep blacks and bright, peak whites, improved color accuracy as well as smooth responsive motion – and all from a form factor that’s just a few millimetres in depth and much lighter than standard TVs.

Microsoft Flow automates repetitive tasks, allowing you to devote more of your time to important matters. It does this by linking different cloud-based apps, collecting data from them, synchronizing files, sending you notifications, and much more. In Microsoft Flow, automated workflows are simply referred to as “flows.” Currently, Microsoft Flow allows you to link apps […]

I’ve been having sign-in problems for about a week now. None of my devices on my home network can connect to the playstation store or playstation network. When I try to access PlayStation Store on my laptop, I get an error page saying “This page can’t be displayed. Contact support for additional information. The incident […]

There are many free hard drive testing tools available to help you determine what, if anything, is wrong when you suspect there may be a problem with a hard drive. Tools like Windows Error Checking and the chkdsk command are included in your Windows-based operating system already but some others, like those below, are available […]