Although the Acer Predator Orion 3000 doesn’t break any records, its true value comes from solid gaming performance that will satisfy the gaming demands of the non-hardcore among us. And it’s offered in an attractive, quiet case that won’t take up too much space. 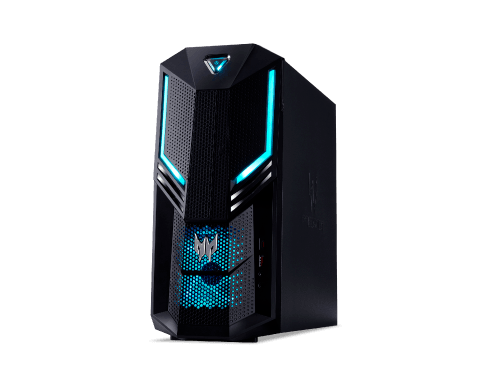 To sum up, the Predator Orion 3000 gaming PC looks fantastic and performs well. It has all the features that you would expect of a modern gaming PC, as well as some added extras like the gaming headset stand. While it doesn’t offer maximum gaming performance, it provides enough to satisfy a gamer’s needs. In conclusion, I would suggest that this PC would be for gaming enthusiastic and not a hardcore gamer.

The Orion 3000 is very good PC for general use, and all but the heaviest gaming loads. Enthusiasts could easily sneer at the lack of bells and whistles that you might find on a much bigger PC that costs considerably more, but the Orion 300 is serving a different kind of gamer one who may be coming from a console, looking to dip their toe into the world of PC gaming for the very first time.

It shows Acer’s desktop gaming line has matured considerably, with great all-round design and specification and the new Predators are absolutely worth considering if you’re in the market for a new off-the-shelf gaming PC.

Good Seamlessly transitions between modes The best and biggest digital drawing board Impeccable build quality Bad All rearward ports Pricey proposition for most The ‘cheapest’ unit comes outfitted with a 6th-generation Intel Core i5 processor, 8GB of RAM, a 2GB Nvidia GeForce GTX 965M GPU and 1TB of storage. Meanwhile, if you want to max […]

I have been looking to upgrade my home computer and after fixing my computer a number of times to get it running it finally gave up.  The PC I had was quite a big computer and was showing it’s age I had been looking around and had the Mac mini or the Intel NUC.   […]

Good Stellar design Lots of expansion ports Twin GPUs Incredible performance Removable SSD Bad Few internal expansion possibilities No bundled keyboard or mouse No two-processor option No optical drive The new Mac Pro is a professional workhorse dressed up in a very appealing high-design package. It’s a stretch to say this is a computer for […]