Dash cams are one of the fastest growing areas of technology at the moment because they provide peace of mind and can save people a lot of money.

The new 522GW Dash Cam from Nextbase is not only an in-car sentinel, constantly recording the road ahead, it introduces Amazon Alexa into your car’s cabin, and adds a potentially lifesaving feature. 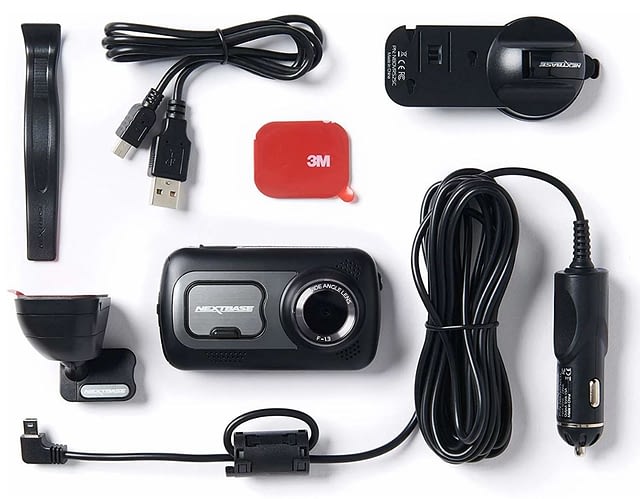 The 522GW is the top spec, updated incarnation of the 512GW in Nextbase’s brand-new dash cam range the Series 2. As the GW in the name suggests, the 522 features GPS and WiFi just like its predecessor as well as a number of other impressive features. Resolution is 1440p @ 30fps with a 140-degree viewing angle and a built-in polarising filter. At a faster frame rate (60fps), resolution drops to 1080p. Which is what I have set mine to.

The 522GW offers Amazon Alexa connectivity and Autosync the latter of which makes this new Nextbase dash cam range the first to let you automatically sync files to your phone via WiFi and Bluetooth. It also features a new and improved 3-inch LED touchscreen, a new software suite to watch and edit your footage, and Emergency SOS so you can alert emergency services of your location in the event of an accident.

It’s very simple to use. It’s similar enough to previous models to make it very easy to operate if you’ve had a Nextbase cam in the past, but with a number of revolutionary new features. Aside from the various improvements to the footage quality and whatnot, which we’ll get into, the first noticeable difference is the mounting system of the 522GW.

Gone is the big clunky mount of the 512GW. Replacing it is a mount that connects straight into the body of the camera using a magnetic attachment. It’s very smart. The charging cable also plugs directly into the camera or the mount there’s the option for both.

The new Click&Go Pro dash cam mount comes with an adhesive 3M and a suction option. The adhesive mount isn’t at all easy to remove from your windscreen, so if you plan to change it into different vehicles frequently, opt for the suction mount. Both mounts clip into place very simply, with easy to follow instructions in the Quick Start Guide although the mount can be very firm when it’s brand new so it needs a strong pull to separate if you want to swap the adhesive option for the suction one.

The neodymium magnetic attachment is exceptionally strong, too, so your dash cam should never detach from the windscreen and none of the footage we captured is shaky. The magnetic mount attachment also makes clipping the dash cam onto the mount much less fiddly than before.

Using Bluetooth 4.2 Low Energy tech, the video files can be sent to your phone in two resolutions (high and low), meaning the low res files can be viewed quickly as they take a very short amount of time to transfer. If anyone has tried to transfer a dash cam video file to their phone via WiFi using the previous Nextbase app, you’ll know just how painstakingly long these massive footage files can take – so Bluetooth is a big upgrade.

There’s only two physical buttons on the device. One is used for turning the power on and off, while the other is on the front of the camera to save files from being deleted. The slick touchscreen is used to alter settings, set up Alexa connectivity, Parking Mode etc.

If you’re looking for the most feature-packed dash cam on the market the Nextbase 522GW is it. It’s simply head and shoulders above the rest. In short, it’s very impressive with it and the new Series 2 range in general. This dashcam is so easy to use and the video quility is great too. I have now been using this for over a month and has to be one the best I have used.

If you’d rather a simple dash cam without things like parking mode, time and speed stamping, Amazon Alexa etc the 122 and 222 make good cases for themselves at £49 and £99. The 422GW is also a very good choice at £129.

The Nextbase Mirror Dash Cam rather than fitting behind your rear-view mirror like a conventional dash cam, it replaces your rear-view mirror its suction-cupped back allows it to stick right on top of the one currently in your vehicle. It’s definitely a smart idea, but is it smartly executed? Nextbase Dash Cams are easy to […]

Nextbase’s 412GW great dashcam has a higher resolution (2560×1400) and a couple of features that make it a better buy. This would have been the one I would have fitted to both cars but at the time of getting the first one there was a good offer on. When going back the Nextbase 412GW was […]

Dash cams record video while you’re driving so you have evidence if anything happens. Footage from dash cams is now accepted by some insurers to settle who was at fault in an accident and it’s also admissible in court. Here’s what to look out for so you can spend your money wisely. Some dash cams […]